he standard line is that police officers enjoy their job because every job is different. But that’s not always the case.

Sure the people involved might be different, but you regularly get similar situations.

Friday and Saturday nights as a response officer are full of dealing with people who have had too much to drink, or who have got into a fight.

So when we received a call over the radio in the early hours of Sunday 28 August last year saying that someone had been punched, we thought it was just a standard job – it didn’t necessarily ring alarm bells.

The defining point was when we heard the control room saying: “He’s down, he’s not getting up.”

That was the moment where I looked at my colleague and we knew this was going to be a different situation to your average Saturday night brawl.

We were the first officers out of the van.

Almost instantly it was clear to us that he was unconscious and not breathing.

We knew the ambulance was on the way, but we had to start CPR straight away.

The thought of doing CPR for real is very daunting – although we have thorough training for it and know we could encounter such an incident at any time.

There was no such thing for me as autopilot.

In the forefront of your mind is whether this situation is so bad you really have to do it, how you’re going to do it properly, just how important it is, and hoping that everything will go ok – all this going through your head in a split second.

You can have all the advanced medicine and training in the world, and yet CPR, seemingly a basic task, can be crucial to human survival.

You have to blank out what’s going on around you – you’re there solely to do your best to help that person survive.

I knew that Tomas had potentially been punched, but I didn’t know anything else at the time. It wasn’t for me to worry about why or how this had happened.

That was up to my colleagues who were also on the same van that started the investigation process, cordoning off the area and identifying witnesses.

The ambulance arrived within minutes and I carried on giving CPR while they got set up.

I remember the colour coming back to Tomas when they took over and where they stated that his heart was beating and no longer required chest compressions. I then heard the on scene Inspector give an update over the radio stating that CPR appeared to have worked.

In that moment I thought it was all going to be ok.

I went to hospital with Tomas, and stayed with him to make sure we got quick updates about his condition as well as to protect him. We didn’t yet know the full circumstances of what had happened, whether someone might still want to cause him harm.

I was told that due to damage to the brain, he had no chance of survival.

I might be a police officer but I’m also human, so it is upsetting to hear that another human is going to die – especially as a result of something we now know was so trivial, something that should never have happened.

Incidents like this are ten a penny – there are fights all the time. Tomas should have at worst been left with a black eye or suffering from a headache the next day after this type of incident. I should have been taking a statement from him – not trying to resuscitate him.

I was gutted for all of my colleagues – we had all tried to do our best.

As the investigation continued it was evident that it was just one punch that caused Tomas’ death.

Regardless of why that punch was thrown, the end result is hard to take in, it’s not proportionate.

Again, although I am a police officer, it doesn’t mean that you don’t have empathy for everyone involved in this type of incident.

No-one could have predicted an evening out with friends would have ended like this.

I was pleased that the investigation led to a guilty verdict – but I didn’t feel any happiness about it. It’s tragic that the consequences of one split second impacts on so many people – from the victim, to the offender, and all their family and friends.

One thing I did feel after the incident was proud.

It’s amazing to see your team spring into action like they did that night. One minute we were in a police van struggling to stay awake due to a long but not necessarily busy shift, the next we were dealing with a serious incident, and we all had an important role to play.

The professionalism displayed by my colleagues that night was fantastic. Obtaining statements, getting lists of witnesses, cordoning off the scene, all actions which lead to an individual being in custody not long after.

I know that we all did everything we could possibly do that night, and that’s what makes me proud to be a police officer.

PC Mark Paul started his career as a Special and Investigation officer before becoming a police officer just over two years ago. He works as a response officer, providing front line policing to incidents across the south of the county.

Read this story from the perspective of Detective Inspector Fraser Wylie, who led the investigation.

Recruitment for Police Officers is now open and closes on the 15 May. You can apply here.

One thought on “First on the scene” 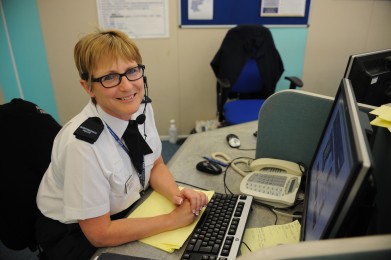 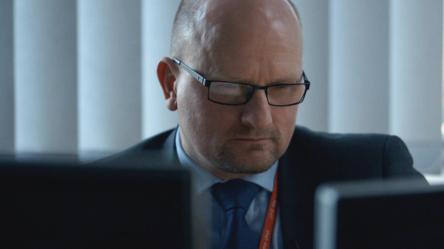 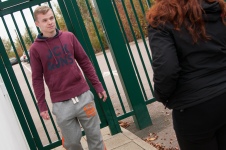