PC George Kindred is one of three women dog handlers in the Bedfordshire, Cambridgeshire and Hertfordshire Dog Policing Unit, and has recently joined the unit with her dog, one year old PD Jax.

I come from a policing family, as my father was a police officer, and it was a natural thing to follow in his footsteps. I was a police cadet as a teenager and then I became a PCSO and was in the Bedford town centre team from 2007.

I successfully applied to be a police officer in 2009 and was a member of the response team, which gave me the opportunity to see the handlers and their dogs in action.

I was fascinated by the bond between them and started considering this as a career route.

There are limited spaces in the dog unit, so you have to really prove yourself to be get in, and I successfully passed my dog handler assessment just before the Covid pandemic lockdown started.

Since that time, I’ve been paired with four dogs, but sadly for various reasons, we weren’t able to work together.

My fifth dog, PD Jax, turned out to be a perfect match. He was surrendered during lockdown at only 12 weeks old to a local rescue centre after his original owners realized that they are unable to provide him with appropriate care and attention. Lack of exercise and mental stimulation resulted in Jax displaying behavioural issues which the owners could not manage.

The rescue centre contacted us as they spotted the spark in Jax. One of our Dog Policing unit handlers assessed him to see if we could take him on and he was found to fit all the criteria to become a police dog! He was soon enrolled into puppy walking scheme to prepare him for future training. What started as a sad story led to us creating the amazing bond that handlers and their dogs have.

He is a great partner and a very well-tempered lad, and like me, he loves his job.

During our training we were conducting a property search when an actor, pretending to be an offender, went to attack me with a weapon. Jax deployed immediately and protected me from the threat and detained the stooge.

I suppose it was this point I realised he had my back and I had his.

On our first job together was an incident in Shefford. I deployed Jax and announced our presence to the suspect. The man surrendered straight away after seeing Jax, and he later admitted that he thought that Jax looked like a monster, but he liked him.

I love my new role as a dog handler and I get to work with my four-legged best friend every day. This job really is a journey; every day is different. Working in the dog unit you have to expect change, expect a challenge.

It isn’t always so easy though, and being a dog handler is a real lifestyle change as the welfare of your dog must always come first, even on rest days or when it’s raining. But there is no better feeling than being out on patrol when it’s just the two of you, and he really is the best crew mate I’ve had.

Despite our relatively small size, we lead joint protective services – Armed Policing, Dogs, Roads Policing, Major Crime – for Bedfordshire, Cambridgeshire and Hertfordshire, and are the lead force for the Eastern Region Special Operations Unit – a co-ordinated approach from the seven forces to tackle serious and organised crime, and terrorism. Joining Bedfordshire Police gives you both collaborative and regional opportunities in specialised roles.

Find out more about career opportunities by visiting our recruitment pages. 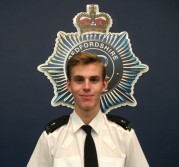 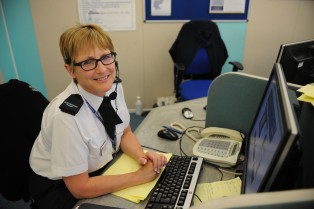