In April 2015, DC Dave Brecknock was assigned to investigate a burglary at a house on a country estate, just outside Luton. Little did he know the case would take almost four years to reach a conclusion.

Dave tells us about the case, a story worthy of a Hollywood movie plot, involving antiques, fraud and collaboration with international law enforcement. When I was recently asked who I’d like to play the role of me in a movie about this case, I laughed and said that no one could ever make a film of this. It’s too far-fetched. But sometimes, truth is stranger than fiction, and in all my years in policing, I’d never encountered one like this.

This case took four years to get to a verdict, and 18 weeks in court. I attended every day except one. My family has lived and breathed this case with me since 2015 and, as I near the end of my policing career, I realise this was unique. Like many of the antiques that play their part in this tale, a real rarity, and it will stay with me forever.

The very first thing I found strange about this case was the householder’s reluctance to let us investigate.  If you’ve been ever been burgled, you’ll have wanted the police to attend as fast as possible and start the investigation.

In this case though, on no account were we to attend the home, or speak with the complainant’s wife, who he claimed was unwell. We had to channel all communications through him.

Antony McGrath provided photographs of the items that he claimed were missing in the burglary, but there didn’t seem to be many for the amount he was claiming from the insurance company.  I’ve an interest in antiques, they’ve been a hobby of mine for many years, but this was something else. Valuable antiques, jewellery, clocks and paintings, and the piéce de resistance; a French red marble fireplace with gold ormolu inserts.  I contacted the antiques trade publications to see if any of the items were listed for sale, but nothing showed up.

McGrath had provided a photograph of a broken sash window into the kitchen of the property. He told us this had been the entry point of the burglars and the exit point for all the goods.

There had been no messy search of the property and other valuable items, such as a collection of watches, appeared to have been ignored. He was convinced that the burglars knew what they were looking for.  Even the insurance company appointed a specialist assessor for this investigation due to the value and rarity of the items taken.

For the first few weeks of the investigation, I made around four visits to the estate and spoke at length with the estate managers, but I still couldn’t get into the house, so I decided to approach this from another angle, and requested a financial check.  The report showed that McGrath had considerable debts. As well as renting the house near Luton, he had taken out a large mortgage on an Edwardian detached house in St Albans that was undergoing extensive and costly renovations.

At the 90 day review of the case, my supervisor asked if I was “still spinning out that burglary job?”  I felt it was headed for the “no further action” pile, but held on and explained that I really did feel I was onto something by following my nose and digging into the financial aspects.

He told me to keep running with it and I arranged for production orders for the bank accounts.

I thought: “Follow the money to find the antiques”, and I visited antiques dealers who had dealt with McGrath, hoping to find something I’d recognise for sale.

One explained that McGrath had told him he was selling antiques to continue to raise funds for a Syrian orphans’ charity he was working with. Strange – McGrath had no connection to such a charity and neither had he done any work with one.

Meanwhile, we were alerted to the fact the he had rented a van and visited a large country estate in the Republic of Ireland. This was his ancestral home and had been in the family for generations.

On examining the metadata of the photographs he’d provided, I discovered the location of the photos of the fireplace could be traced to the Republic of Ireland.  Coincidence? I didn’t think so. Had this fireplace even been in the house in Bedfordshire?  I had my doubts, and there was enough evidence to support an application for a search warrant.

I also sent a request to the Irish Ministry of Justice, asking for support in the execution of a search warrant at the family seat in the Republic.  This was granted and I began to work with the Garda to plan the operation.

We were to execute simultaneous warrants in Luton, St Albans and in Ireland, so I travelled to Ireland with a colleague and we were met by the Garda.

On the morning of the warrant, no family members were at the address, but the housekeeper let us in and we began to look around the house.

When we were standing in the kitchen, talking with the housekeeper, I saw a door to another room was slightly ajar, and through the crack in the door I saw a red marble fireplace.  Could it be THE red marble fireplace?  On first inspection, it looked the same, and later specialist examination confirmed that it was.

I phoned back to the station in Luton. My colleague DC Cathy Layton had been interviewing McGrath and was elated to hear my news.  I quickly followed up the call with a photo of me standing beside the smoking gun, which was actually a French red marble fireplace, with gold ormolu inserts.

In the simultaneous raid at the house in Bedfordshire, led by DI Craig Laws, a number of items were found that bore close resemblance to the pieces detailed in the insurance claim.  McGrath claimed in interview that they strikingly like the ones in the insurance claim, but these were different, and that he owned multiple similar pieces, but we were able to prove that they were the antiques he had claimed were stolen.

As well as finding antiques, paperwork was seized from the house that didn’t add up.  We discovered documents for employment and tax records for posts that McGrath had never held.

Now the bank details and the mortgage application for the house in St Albans began to make sense.

The CPS agreed to charge and the case was finally going to court, but not until September 2018.

The trial lasted eighteen weeks and I attended all but just one day of it.  I couldn’t even begin to put a monetary value on the court costs for such a lengthy and complex case.

Whilst summing up, Her Honour Judge Barbara Mensah, presiding, said: “The offences were sophisticated, detailed, well planned and carried out over a long period of time.

“McGrath has demonstrated pathological levels of dishonesty and arrogance, and took every opportunity to attack and defraud his insurance company.”

She also commended me for my professionalism in this investigation.

Despite the complexities of the case, the motive behind it was simple – this conniving and deceitful man intentionally broke the law in order to gain hundreds of thousands of pounds. But this goes to show that no matter who you are, how clever you think you might be, you cannot get away with breaking the law.

If you commit crime for your financial gain then you will naturally leave some kind of evidential trail behind you, as was the case with McGrath, and this result proves just how determined and thorough we will be in the pursuit of justice.

McGrath was jailed in January 2019 for eight years for fraud and perverting the course of justice.

“The detective and the surgeon” is the latest episode in this series of 24 Hours in Police Custody and will be screened on Channel 4 tonight at 9pm. 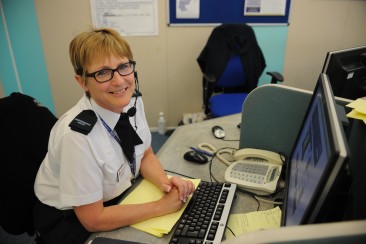 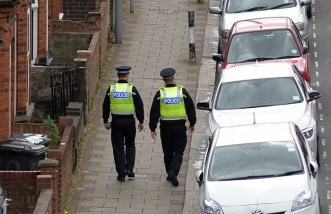 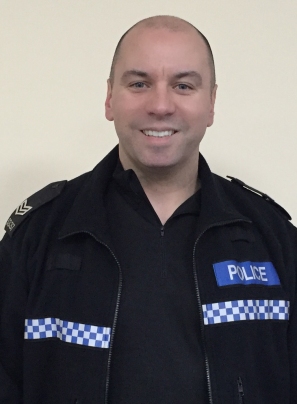